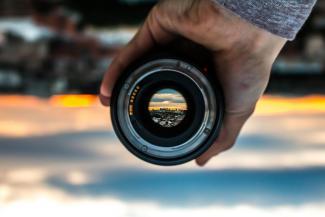 When we founded Cedrus years ago, one of our cornerstone principles was to share truths vs. traditions or cultural norms. I was fascinated by facts that I have learned over the years that, in truth, are 180 degrees the opposite of conventional wisdom or cultural norms. Know that when I write for this publication (called Cedrus 180), I use the opportunity to share insight on these opposing forces and try to provoke thought on seeking truth instead of tradition.

I find this concept more and more appropriate each day as we watch American Culture regress while assuming it is advancing. As I have written many times in the past, it is my opinion that the internet and proliferation of media is mostly responsible for this. Media of all sources and types are now considered sources for “truth” in American culture. Our chosen media source crafts our opinions, emotions, and thus our actions. But in reality nothing could be further from the “truth”.

Let’s examine this and apply it to your financial concerns. The major markets on Wall Street have always hated uncertainty. Yet complete certainty is never attainable in anything in life…so why all the fuss? Because uncertainty creates fear and fear causes people to act. Action tends to create revenues if you are engaged in commissioned-based business. The same can be applied to euphoric emotions, like car buying. The more emotionally we react to perceived facts, the more action we take. Make sense?

Being more specific, consider the dynamics of the stock market today. I have observed several headlines from media sources that in essence “implore” us to react emotionally and thus reason why we should all be scared and sell all of our stocks. That’s “tradition” of course. But the “truth” is that, as Cedrus outlined back in January, I have observed historical amounts of cash still on the sidelines and more coming into our country every day due to the dollar stabilizing versus the major currencies. Cash is always needed to buy things, including stocks. Without cash the value of any item cannot go up. When cash wanes, so will upward momentum of market-sensitive assets. That is truth versus tradition.

We all already know this as truth for real estate markets. If no mortgages are available like in 2009, then there is no money to buy. It’s just the same for the stock market. This truth is being clearly vindicated today as you have seen market pull backs possibly due to nervous international news for Syria, Ukraine, Gaza, Argentina, etc., only to be followed by a complete rebound in the following days. This seems to be the cash bubble coming into the market, looking for buying opportunities. Until this cash wanes, the stock market should have very limited downside. “Truth vs. Tradition”.

As a last example that will dominate us in the weeks ahead, this is another election. Let the media games begin. Some facts to consider: In my opinion one of the faster growing voting blocks in America are the Independent voters. They will ultimately decide each race, not the Democrat nor the Republican loyalists. And a large percentage of this block seem to have demonstrated that they hate the political process, and the media with it, so will not even address the issues until the final two weeks before elections. They tend to seek fast media information then vote. Watch when the tsunami of ads comes forth.

Thus it is predictable that most attack ads will target this demographic. All the emotional hot buttons of this hotly contested voter group. As you well know, the so-called facts presented in these attack ads are designed to create an emotional reaction, thus an action to vote. But the validity of the claims will be mostly nebulous and spun out of context. So here we go again, another silly season.

Our country needs to elect leaders (see last quarters’ Cedrus 180), not figure heads that win the media battle. But have faith, the truth will eventually prevail. You are seeing that in the stock market right now as well as other facets of our culture. And by the way, quit worrying about the younger generations. They are watching us older folks make sketchy emotional decisions and think we are crazy. They also have already articulated that the major news sources are 2 steps this side of fiction too. So help is on the way.

Keep looking for Cedrus 180 principles and we will keep sharing them with you. These are interesting times indeed.